Calls Needed!! The Governor is at it AGAIN!! Taxes, Taxes and MORE Taxes

Posted by Ronda Vuillemont-Smith 80sc on October 24, 2017
Most of us are familiar with the budget debacle of 2017 and the Oklahoma Supreme Court decision to override the Cigarette tax leaving a $215 million budget shortfall in our state budget. And, in spite of the cooler temperatures, it's getting hot in Oklahoma City right now. The Oklahoma legislature was called into special session (with no particular game plan) by Governor Fallin. After many weeks of whatever it was they were doing, it finally looks like there may be a deal in the works with no, I repeat, NO, nada, nil, zilch, zero cuts to government waste. Not one!! Plenty of taxes though! 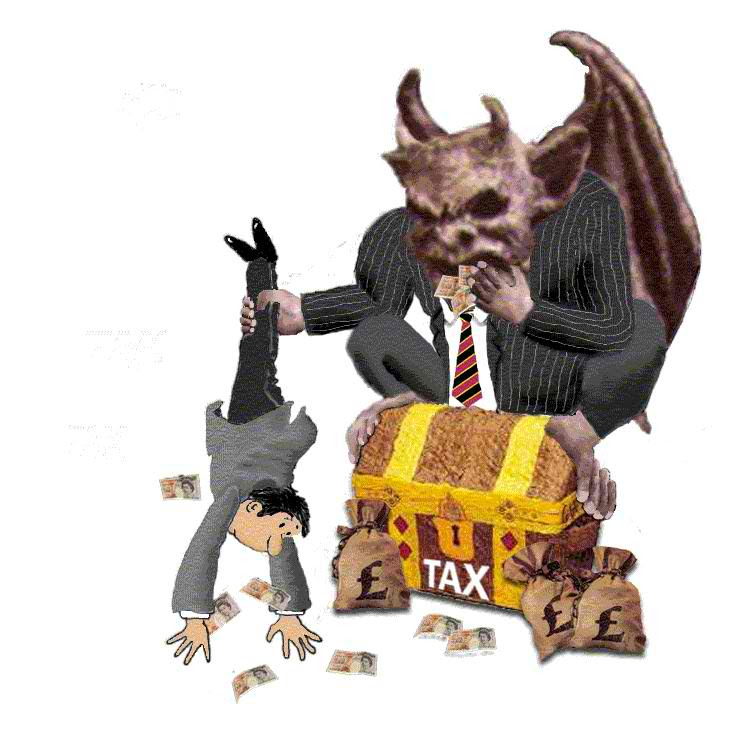 Sooner Tea Party explains the plan well:
Bound to fail, designed to fail actually, and you need to know why, but first we will look at the package as told to the Republican Caucus on Sunday and Monday.
Plan A looks like this:
Cigarette Tax increase of $1.50 per pack, super-majority vote needed.
Increase of the fuel tax by 35%, super-majority vote needed.
Increase the excise tax on low point beer by 11%, super-majority vote needed
The return of the refund-ability of the Un-Earned Income Tax Credit, 51% vote needed.
2018 teacher raise of $1000.00, 2019 teacher raise of $1000.00
2020 teacher raise of $1000.00, 51% vote needed.
State worker raise of $1000.00, 51% vote needed.
Not factored in is the Social Security match of 7.5 %, the medicaid tax increase, and the additional retirement system increases due to the increased salary especially for those teachers and state workers that are nearing retirement and earn far more in retirement due to their benefit being figured on the final years of salary. Any salary increase also forces the state agency to immediately deposit 10% of the salary increase in the agency retirement fund so increasing the cost of salary increases by 50%, even 100% is not overly pessimistic.
The entire package if passed in entirety will generate $170,000,000.00 in 2018 budget funds and $400,000,000.00 in future budget years. The first year the state incurs an additional $80 million budget hole, the second year balances out if tax collection doesn't falter (a big if), the third year the state is back in the hole for $150 million dollars per year from now on.
If they are raising 170 million in 2018 budget funds and spending $400 million for teacher pay, state worker pay, and paying out the Un-Earned Income Tax Credit then the missing funds for 2018 will come from one time sources and the rainy day fund. That is right, they are holding a special session to increase spending far in excess of the new taxes and increased taxes passed.
Plan A is expected to fail, simply to prove to Mary Fallin that getting a three quarters super-majority is impossible. House and Senate leadership's Plan B is a 51% vote removing the sales tax exemptions on cigarettes, gas and diesel, and allowing cities and county governments to tack on their portion of the existing sales tax so that state government can strip some of the state funding from local and county governments. Plus removing the low point beer excise tax advantage of about 11%.
Oklahoma currently pays 16 cents per gallon in gas tax and 13 cents per gallon in diesel tax with an additional penny on both fuels. Were the money left alone there would be plenty to maintain roads and bridges as well as build new roads as needed but most of the money is siphoned off for other purposes. The additional 6 cents in new taxes will require a super-majority vote, which it will not get, so the plan is to use the latest Oklahoma Supreme Court decision on repealing sales  tax exemptions as tax spending instead of the real definition of tax increase to force the new taxes using a 51% vote in the House and Senate removing the sales tax exemption on motor fuels of all types.
Now it costs around $40.00 to fill my tank, around 20 gallons or currently about $3.40 in state excise tax in addition to the federal excise tax. Once you subject the fuel to state and local sales taxes that adds and additional $3.35 in new state taxes on a tank of fuel, $6.75 total state tax on a tank of gas.
Read full article here, The Teacher Tax and Legislative Schizophrenia

The methods being used by our governor, state leadership and people like Terri White, Commissioner for the Oklahoma Department of Mental Health and Substance Abuse Services, include using bully tactics to hold our state hostage by threatening to eliminate all outpatient services if lawmakers can't reach a budget deal.   She knows that the money is available to continue these services and is shamefully using the mental health workers and patients as pawns in the budget game. The same way school superintendents use teachers as pawns in the budget game.

Has the legislature done their due diligence in eliminating government waste? Have they demanded the bank statements (to see if they even need money) of the hundreds of Authorities, Boards, Trusts and Commissions - you know, the shadow government of un-elected officials that make financial decisions that affect you and me. Many have large cash reserves.
We have the money for the mental health and substance abuse programs! Heck! Speaker McCall has stated publicly that the state has the money and can avoid the cuts. (Sooner Politics article: read here) Enough with the scare tactics already!!

What can YOU do? Thank you for asking! Contact your state representative and senator. Not sure who they are? Go here to find your state legislators (bottom right). Let them know...
1- You are a constituent
2- You don't want any tax increases. Period.
3- You want them to vote NO on reinstating any sales tax (gasoline, diesel, cigarettes, etc)
4- You want them to vote NO on any Emergency clause
5- Oklahomans can't afford any more taxes!!
The battle for you to keep your hard earned money is a constant one. We must stand firm and we must push back! Trust me, regardless of whether or not this passes, they are coming back for more next year, and the year after that, and the year after that...
Please contact your legislators by phone, email, Facebook and Twitter. Get your friends to do the same. We can not continue doing the same thing over and over.
Thank you in advance for promoting the principles of liberty!
Do you like this post?
Tweet