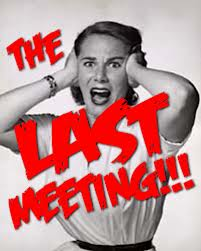 Our Breakfast Club meeting this month is our last for 2017, as we do not meet during November and December due to the holidays. Please join us - all are welcome.

Gwen Freeman, whom many still remember from her talk radio connections; is now our election board secretary, having been appointed to the post by the Oklahoma Election Board secretary, Paul Zariax.

Freeman is retooling and restaffing for the busy calendar ahead. She will announce some important job opportunities on her team. Do you have ideas on how to recruit polling workers? Or maybe you have suggestions on how the process works... Gwen is willing and eager to hear from you.

State Reps. Sean Roberts and Chuck Strohm, along with other lawmakers formed a new caucus whose core principles are focused on upholding the values outlined in the Oklahoma Republican Party (OKGOP) Platform.

"The thing voters across our state and nation struggle with is simply: why does a person campaign on one set of ideals yet when they vote, their votes reflect a separate set of ideals," said state Rep. John Bennett, R-Sallisaw.

To address this concern raised by so many voters, this caucus was formed with the following objectives:

"Some say the platform is too long, but really its' depth is a reflection of decades of hard work by those at the grassroots level," said Rep. Roberts, R-Hominy. "Truly, the values and policies in our platform represent what it means to be a Republican. Our goal is to represent the values on which we were elected."

With everything going on within the state, this should be a lively meeting. Bring a friend!

Candidates will be recognized and given time to introduce themselves. We welcome any and all candidates for office.